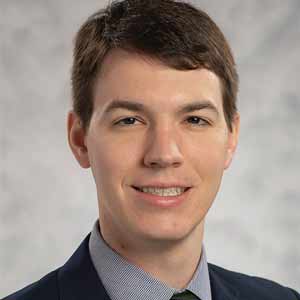 Given the ever-increasing complexity of business, just the word “budget” is enough to make any CFO’s head spin. While forecasting for an accurate budget is never going to get less complex, there are more options than ever for making sense of all the potential factors involved. Those working at financial institutions, or in any industry for that matter, know that this year has been more challenging and that those challenges will also be present going forward. This has only added complexity to budgeting, but by using a combination of data analytics and budgeting techniques, these challenges can be overcome.

While most budgets are built under the watchful eye of the CFO, all managers should be involved as they have the best knowledge about what drives their income and expenditures. This is not always the case though. Managers may have a highlevel idea of what effect the environment will have on their budget but may not know what which factors produce an accurate forecast or what coefficients to use. At this point, a data analyst should become involved to determine what outside factors correlate to income and expenditures. These drivers will have different effects on the output and should be run through a regression model and then backtested for accuracy.

Depending on what is being forecasted, there may be many different drivers and therefore many different coefficients produced by such a model. To produce accurate and reliable forecasts, a wide scope of factors may need to be input leading to extremely complex models. At this point two things must be taken into consideration: overfitting and reasonability of inputs. Overfitting may seem simple to avoid, however many do continue to introduce inputs to models until the model is “right”all the time. As it turns out this means that the model will predict its training data correctly and nothing else. Only if the future exactly follows the past would such a model be accurate or even useful. Inputs to any model must be reasonable and relevant. In heavily regulated industries, this is not only a best practice, but also mandated by regulators. Additionally, staff performing the modelling will be thankful to not have to forecast or at least enter additional factors.

"Managers may have a highlevel idea of what effect the environment will have on their budget but may not know what factors produce an accurate forecast or what coefficients to use. At this point, a data analyst should become involved to determine what outside factors correlate to income and expenditures"

Technology has only made it easier to predict income and expenditures for the coming year. However, technology is only one piece of the puzzle. Uncertainty has presented itself in nearly every aspect of business. To help deal with this, it may be possible to budget certain items on a rolling basis so as to get only the most up to date and relevant inputs. Depending on the technology available, there may even be an opportunity for automating aspects of the budgeting process using inputs from the company’s operational system. In all cases, CFOs should use all resources at their disposal to create a reliable budget.

ARUNDO: Unleashing the Power of Analytics to Optimize Industrial Operations

Mu Sigma: Moving from data to Decisions: Perspective from the Leader in Decision Science

TDT Analytics: A Reliable Partner for Your Analytics Journey

DAS42: Unleash the Power of Data

Aginity: A Pioneer in Managing and Governing Analytics

Cloudera: Scripting the Future of Analytics

Ruths.ai: The “Netflix” of Analytics

The Dark Side of Data Analytics

Zeotap: Unlocking the Value of Sensitive Data Safely across the Digital Advertising Ecosystem

Vestrics: Creating A Logical System For Companies To Organize Data and Gain Insight Into Their People Investments

Tracx: Socializing The Enterprise In Order To Bring Brands Closer To Their Customers

ReachForce: Providing A Platform To Convert Leads To Revenue Faster

Aktana: Bridging The Gap Between Analytical Insights And Actions

Unlocking the Value of Connected Cars

Comprehensible Distribution of Training and Information...

The Current Focus is On Comprehensive Solutions

Big Data Analytics and Its Impact on the Supply Chain

Carmax, the Automobile Business with IT at the Core

The CIO's role in rethinking the scope of EPM for...

Transformative Impact On The IT Landscape

Get Ready for an IT Renaissance: Brought to You by Big...

Technology to Leverage and Enable

Speed is the Name of the Game

What It Truly Means For IT Security To Bea Business Enabler

Policy is a Key Solution to Stopping Packaging Waste

Congestion-Driven Basis Risk, A Challenge for the Development of...