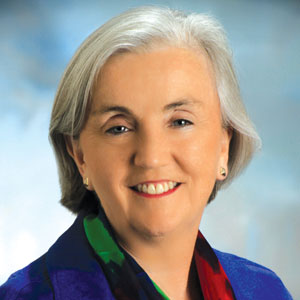 The combination of Internet of Things (IoT), the big data it creates, and the ability to make sense of it via Artificial Intelligence (AI) is at a tipping point.

AI has been in our imagination for at least the last 50 years. Many science fiction movies reflect this fascination. From Wall-E, to the classic 2001: A Space Odyssey, and the more recent Ex Machina, there’s been a lot of speculation that is more negative than positive. It usually does not end well for us humans.

AI isn’t science fiction any more. For many, the seminal event for AI was in 2012 with the Imagenet competition. Researchers pitted their systems against humans for speed and accuracy of image classification. Again, it didn’t end well for Team Human.

This created a mainstreaming moment when it was obvious and understandable that machines could be trained to do things better than humans. Now magazines and newspapers frequently publish articles about the manifestation of AI and how it’s going to transform our societies.

With hardware power increasing and costs dropping, the convergence of the Internet of Things, the big data it creates, and the ability to make sense of it via AI is about to take off

For example, for getting incredible global media coverage, Google’s AI system called AlphaGo beat a world champion Go player. And currently, there is a public argument about the risks and future of AI going between billionaires Facebook founder Mark Zuckerberg and Tesla, SpaceX and Neuralink founder Elon Musk.

The momentum is palpable. More products are gaining mindshare and marketshare, from IBM’s Watson, focused on the enterprise, to the individual consumer with Alexa, Siri, and recently Google’s new chatbot Allo.

Some of conversation is vendor generated hype, and well funded hype indeed. There’s been a 10-fold increase in investments and from the private equity industry in AI over the last five years. That doesn’t include those being made by large companies like Facebook and Google.

Expect big investments and advancements overseas as well, particularly in China. Chinese PC manufacturer Lenovo recently announced it expects to spend over $1.2 billion on IoT, Big Data and AI. The Chinese government has launched a massive investment effort to make China the global leader in AI by 2030.

It is not a matter of if, but of when; AI will have a huge impact on the world economy. It appears, after several “AI winters,” where hype was high and results were low, that time is starting now.

What is different than those previous boom-and-bust cycles? Three significant upticks: the explosion in processing power, algorithm power, and data. With hardware power increasing and costs dropping, the convergence of the Internet of Things, the big data it creates, and the ability to make sense of it via AI is about to take off.

Algorithms, enabled by processing power (chip and cloud) and the ability to learn, can now be fed by more data than ever.

And IoT is the mother of massive real-world data generation. According to Intel’s A Guide to the Internet of Things, there will be 200 billion connected devices generating massive amounts of data by 2020. Through the use of AI, intelligent decisions and actions from this treasure trove of IoT data become possible.

This convergence will create many opportunities to use data in very interesting ways, and not just by big companies, or around manufacturing, smart cities or smart states. This is another democratization of technology capabilities liberating human innovation at the individual level. For example, a gamer built a $1,000 add-on adapter for any self-driving car to make it self-learning. He is using IoT data to essentially help the car learn very quickly.

This is an individual, not Tesla.

At a much more macro level, Deloitte’s recent research into the public sector estimates that millions of hours and billions of dollars could be saved by the judicious use of artificial intelligence. These estimates range from 96.7 million of federal hours and $3.3 billion dollars saved at the low end; and 1.2 billion hours and $41.1 billion at the high end.

The Federal government is also the nation’s largest real estate manager. It has been focused on creating smart buildings for years. GSALink, a signature effort, has over 13,000 sensors in 81 properties generating approximately 30 million data points daily.

Healthcare is another area ripe with opportunity and desperately needs change. A recent survey of healthcare executives indicated that big data, artificial intelligence and the Internet of Things, in that order, will have a significant impact on healthcare delivery.

Opportunities are everywhere in every industry. The combinations of leveraging IoT, the big data it generates and AI to do analysis and predictive analytics will create unleash amazing ideas and opportunities. It is time to create new sci-fi stories and make them come true.

TDT Analytics: A Reliable Partner for Your Analytics Journey

DAS42: Unleash the Power of Data

Aginity: A Pioneer in Managing and Governing Analytics

Cloudera: Scripting the Future of Analytics

Ruths.ai: The “Netflix” of Analytics

The Dark Side of Data Analytics

Zeotap: Unlocking the Value of Sensitive Data Safely across the Digital Advertising Ecosystem

Vestrics: Creating A Logical System For Companies To Organize Data and Gain Insight Into Their People Investments

Tracx: Socializing The Enterprise In Order To Bring Brands Closer To Their Customers

ReachForce: Providing A Platform To Convert Leads To Revenue Faster

Aktana: Bridging The Gap Between Analytical Insights And Actions

Unlocking the Value of Connected Cars

Comprehensible Distribution of Training and Information...

The Current Focus is On Comprehensive Solutions

Big Data Analytics and Its Impact on the Supply Chain

Carmax, the Automobile Business with IT at the Core

The CIO's role in rethinking the scope of EPM for...

Transformative Impact On The IT Landscape

Get Ready for an IT Renaissance: Brought to You by Big...

Technology to Leverage and Enable

Speed is the Name of the Game

THE CHALLENGES OF CYBER-PHYSICAL SYSTEM SECURITY

How to Build an Effective Content Strategy Others Will Envy

A Collaborative Approach to Wealth Management