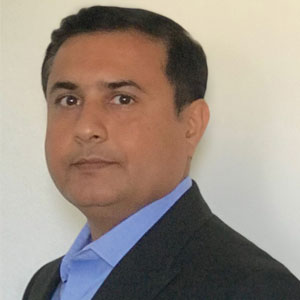 Manish Shah, Founder & CEO
Decades ago, a single interface for the myriad of databases used in an enterprise environment would have sounded improbable; but not anymore. The San Diego based company, Datasparc, has ushered in new possibilities through its web-based tool called DBHawk that can connect to databases hosted on the cloud or on-premises, SQL or NoSQL, small or big data. Developed by experts in business intelligence, and enterprise software development, “DBHawk allows database and business users to connect to multiple databases from a single software,” says Manish Shah, founder, and CEO, Datasparc. He further adds that DBHawk spares organizations from having to train users on multiple databases or install software patches for each user, providing a highly lucrative proposition.

DBHawk’s user-friendly interface allows database and business users to get and give ad-hoc access to data across heterogeneous databases with proper data security in place.

DBHawk’s also has advanced data analytics capability that allows business analysts to write SQL queries. “We have a web-based SQL query builder to which various database objects can be dragged and dropped to automatically build SQL query and SQL chart,” explains Shah. The live data within database systems can be used to build dashboards that are shareable with other business users through a web link. Data security and traceability into the administration process are ensured by how DBHawk routes traffic through its secure server. The software also allows enterprise database management to provide further benefit to the entire organization. It allows a seamless interface to manage access and users across thousands of users and databases. “Our web-based tool being used for database management as well as ad-hoc analytics is a unique differentiation for us,” remarks Shah.
Datasparc’s differentiation has been of immense help to organizations in the banking and HR sectors worldwide in addition to school districts in the U.S.A. Major HR company based in France, with multiple databases and thousands of business users, had to install patches on each machine to upgrade its database tool, which proved to be expensive. Data security was another concern due to lack of traceability into the SQL queries written to access content within a database. When brought onboard, Datasparc customized the client’s database environment based on their requirements and deployed DBHawk, following which, the client received immense benefits on costs apart from being able to grant quick data access to their clients and other business users. Data security was no longer an issue as users had to provide a valid business justification for accessing the database; the solution also helped the client comply with the Sarbanes-Oxley (SOX) act.

With growing data and databases such as SQL, NoSQL, Big Data, on-premises and in the cloud, getting quick and secure data access is crucial for any company

Being highly agile and innovative in its approach, Datasparc’s product roadmap is constantly improving the power and ease of use. The latest version of DBHawk has enhanced its dashboard capabilities, object access control and integrations with Microsoft Excel. In future releases of DBHawk, Datasparc intends to support Amazon S3 and many other databases such as Cassandra and Vertica. Companies can soon look forward to the availability of DBHawk on a SaaS basis. 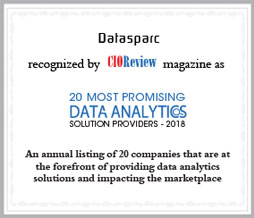 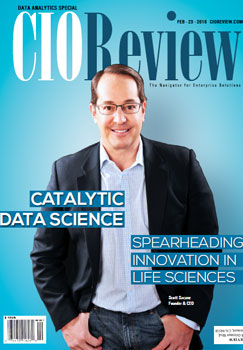